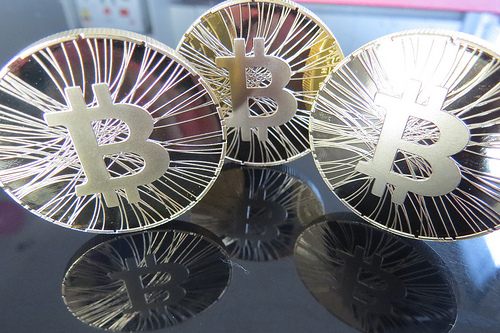 Technology has changed the way we interact with the world on a number of levels, but one of the most interesting innovations to come out of this boom in recent years is Bitcoin.

Originally devised in 2008 and then released as open-source software in 2009 by Satoshi Nakamoto (a pseudonym), the cryptocurrency was seen as the eventual successor to traditional currencies. Created online and offering a raft of internal security protocols that supposedly made it more efficient and safer than the GB Pound, the US Dollar or any other national currency, Bitcoin was going to be the next big thing.

Safe, Secure and Without Control

Indeed, early adaptors of the currency system were quick to point to its decentralised dynamic. Because each Bitcoin is the result of a complex process known as mining (computers solving long equations results in a Bitcoin being added to the system), no one technically controls the currency. This lack of government oversight and control was hugely appealing to those embracing the new wave of freedom that technology was creating. And, in recent years, the technology behind the cryptocurrency has been adopted by a variety of mediums.

In fact, the latest high-profile company to shine a light on Bitcoin technology is Airbnb. The alternative letting site recently employed the services of blockchain (the catchall term for Bitcoin technology) experts, ChangeCoin. Using their expertise and knowledge, Airbnb is hoping to improve its platform in a variety of ways.

One of the main benefits of blockchain technology is that it consists of data structure blocks and each one is time stamped and monitored which results in a more secure database. This process has underpinned Bitcoin production and transactions since 2009, but companies such as Airbnb are hoping they can harness its power to store and share customer data with its partners in a more secure way.

Bitcoin’s Absorption into the Mainstream

Of course, Bitcoin technology has also found its way into the mainstream in a more traditional sense. A variety of companies offering online transactions now offer Bitcoin as a payment method. For example, in the entertainment sector you can now find dedicated Bitcoin gaming sites.

Dealing with a demographic that’s not only tech savvy but known to store a lot of money online, specific gaming sites offer a full Bitcoin platform that, in turn, offer all the safety benefits the cryptocurrency offers. Indeed, whether a member is playing Bitcoin video poker games such as Spilt Way Royal or roulette, they’re afforded all the security benefits of Bitcoin.

Similarly, anyone wanting to book their next holiday can now do so courtesy of AirBaltic. The Latvian Airline has been accepting Bitcoin payments since July 2014 and has since inspired the likes of British Airways, Air Lituanica and CheapAir.com to follow suit and offer Bitcoin flights.

We’re Heading for a Change

It’s unlikely Bitcoin will ever completely replace traditional currencies as the earlier adopters believed. However, thanks to a greater acceptance of the currency by mainstream consumer outlets such as VegasCasino, AirBaltic and British Airways, there’s no doubt it will continue to offer a secure alternative for online customers.

However, perhaps the most interesting tech trend to keep track on over the next few years is the adoption of Bitcoin technology by some of the biggest brands in the virtual world. Airbnb’s recent commitment to the development of blockchain technology is likely to spark similar moves by other forward-thinking companies and this, it seems, is how Bitcoin could change the virtual world for the better.