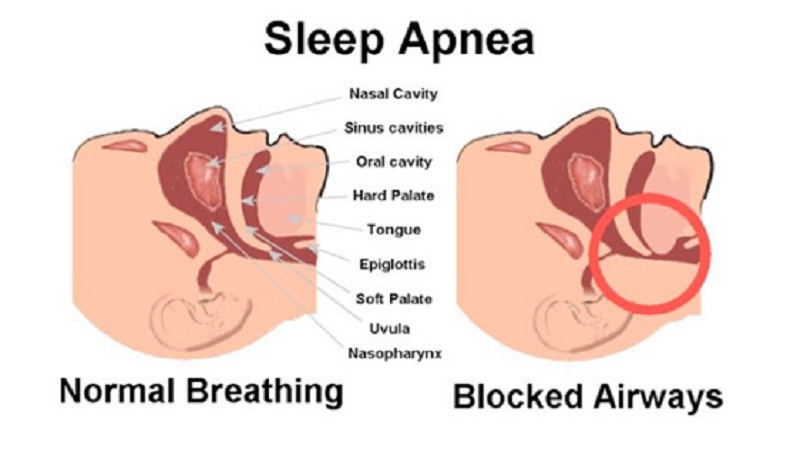 With our busy, modern lives, many of us suffer from a lack of sleep. This could be due to the fact that there simply aren’t enough hours in the day to get everything done, leaving us with little time to hit the hay and get our requisite forty winks. But stress from a job or other obligations can also lead to restless sleep. And this can mean waking up in the morning feeling like you haven’t slept at all. Of course, your fatigue could be due to other factors, as well. Although the National Heart, Lung, and Blood Institute estimates that somewhere in the neighborhood of 12 million adults in the U.S. suffer from sleep apnea, undiagnosed or misdiagnosed cases could put that number much higher. And those who suffer from obesity have a much higher chance of developing obstructive sleep apnea. But how can you tell if you are suffering from this potentially deadly condition? Here are a few common symptoms you’ll want to watch for.

Unfortunately, many people don’t realize that they have sleep apnea because it strikes while they are asleep. But if you sleep with a partner, you can be almost certain that your bedmate is aware of the problem. The most common symptom associated with obstructive sleep apnea is snoring. Although snoring in and of itself does not necessarily indicate apnea, those who suffer from the condition experience some kind of obstruction that causes the cessation of breathing. This can occur when the tongue relaxes into the throat, blocking airways, or when the throat itself collapses temporarily during sleep. You may also experience blockage due to large adenoids or tonsils that obstruct breathing when you lie down. The result is not only snoring, but a complete stoppage of breathing, generally followed by gasping or jerking as your body senses a lack of oxygen and forces you to wake up enough to begin breathing again.

If, on the other hand, you happen to sleep alone or your partner is not forthcoming about your sleep interruptions, you may have to rely on a variety of other signs and symptoms. Fatigue during the day is an obvious symptom of lack of sleep, and it is usually accompanied by irritability, an inability to focus, and potentially even memory problems. But this, in and of itself, may not signal apnea. However, if you also notice that you wake each morning with a sore throat and/or dry mouth, you frequently wake with a headache, and you jerk awake regularly during the night, the combination of symptoms you’re experiencing is a good indication that obstructive sleep apnea is to blame.

At this point your best bet is to ask your regular physician for a referral to a clinic or specialist that can conduct a sleep study to tell you if apnea is at the root of your sleepless nights. Once you are aware of your problem you can take steps to correct it. And considering that you might stop breathing one night and never wake up, it’s probably a good idea to find a treatment option that works for you. For overweight or obese patients, losing weight may help to decrease or even eradicate obstructive sleep apnea. And one of the most common forms of treatment is the use of CPAP machines, like those offered by America Respiratory Services, that help to regulate breathing. Of course, surgery is also an option in certain cases. But first you need to identify your problem as obstructive sleep apnea. Then you can begin seeking a solution that works for you.