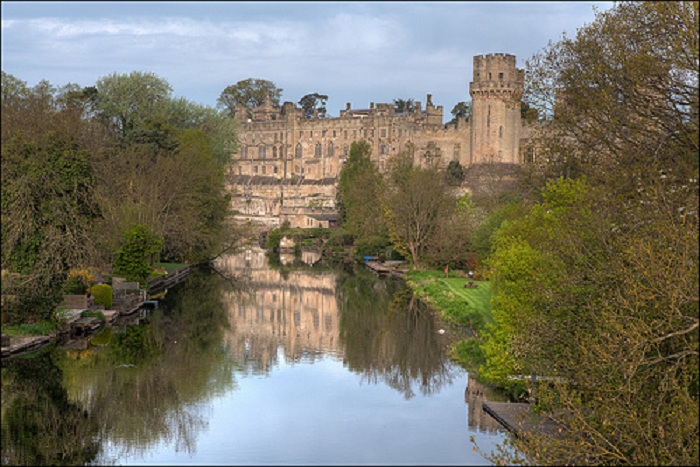 Nearly every girl has dreamed of being a princess in a castle, and, although most won’t admit it, many a young boy has imagined himself to be a dashing knight championing the cause of fair damsels. Regardless of personal aspirations, visiting a castle is an awe-inspiring experience. Reliving the past while climbing spiraling staircases into a castle tower, strolling across a drawbridge and imagining crocodiles in the moat below or envisioning a swirling kaleidoscope of colorful dresses and courtroom attire in a stately ballroom is a truly life-changing experience. Of course, if you are going to experience a castle, why settle for anything less than the best? You may not have the opportunity to tour Buckingham Palace, but the following list of some of the world’s most majestic castles accessible to the public are just as incredible.

When thinking of castles, one’s mind often turns to the United Kingdom, a place filled with enchanting castles, both in pristine condition and in mysterious ruins. A short distance from such places as London, Oxford, Reading and Birmingham, Warwick Castle, one of England’s most popular castle attractions beckons visitors from around the world. The castle was built over the course of many years and under the directorship of various owners. It began as an earthen rampart in 914 AD. The castle has withstood attack, besiegement, fire and the erosion of centuries. Today, after more than £6,000,000 of restoration work, the castle offers an incredible peek into the life of years gone by.

This may not be the most spectacular castle in the world, but it has certainly gained fame in recent years as the location for the filming of BBC’s Downton Abbey. The Castle is owned by the Earl and Countess of Carnarvon and has been in the family since 1679. Exquisitely beautiful, this Victorian style castle is situated on 1,000 acres of park-like surroundings, making the outside tour nearly as stunning as the interior.

No list of majestic castles would be complete without a mention of the Palace of Versailles, one of the most elaborate and beautiful palaces in the world. Originally built in 1624 as a hunting lodge, the palace grew into an elaborate centerpiece of French power and authority under the rule of Louis XII. Featuring beautiful grounds, the spectacular palace and the estate of Marie-Antoinette, Versailles will keep visitors engaged for hours.