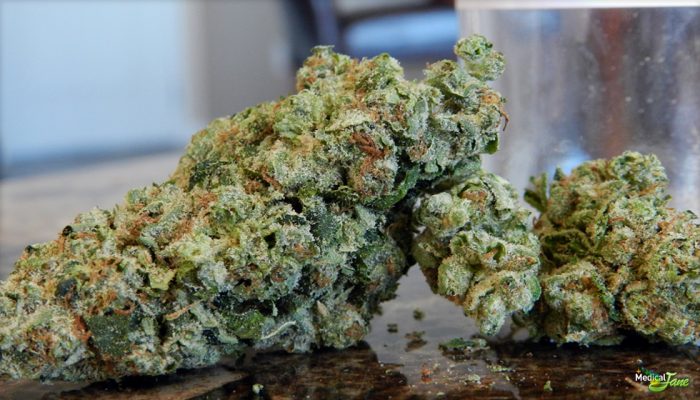 If you are new to using cannabis for treating conditions such as OCD, you may be wondering what are the best strains to use. OCD is a debilitating condition which affects a sufferer’s everyday life in a number of different ways.

Obsessive Compulsive Disorder (OCD) is a mental health condition that affects young aswell as old. It manifests itself when an individual is trapped within a damaging cycle of compulsions and obsessions. An obsession can be best described as a thought which is not wanted. It can also be an image or an urge to do something. If it is not done, the sufferer feels distressed. The compulsions then occur where a sufferer tries to stop the obsession by trying to get rid of it, in order to reduce the stress that they feel. So what strains can best help with OCD?

Northern Lights is quite a common strain to use. It is thought that this is a good strain to reduce nervous fixations, which many people have when they suffer from OCD. Northern Lights is an Indica, which acts almost like a tranquilizer. Users believe that by using Northern Lights, they were able to slow their mind down so that it doesn’t get into an obsessive state. They also found that it slowed their body down as well. If you have OCD where you must sort things into order, this would be a good strain to use.

One of Northern Lights users said that it also helped them with generalized pain. This strain is a truly multi-functional strain to use, and can help with a wide range of conditions.

This is not a well-known strain, but users of White Fire OG have been singing its praises as a great strain for OCD. It has a high concentration of THC, so if you have not built up tolerance to high levels of THC, we wouldn’t recommend that you use this strain. It is important to note that there are sufferers who take great relief with this hybrid strain.

Sometime, OCD can lead to bouts of insomnia, so if you suffer from sleepless nights, you may wish to use these strains in conjunction with your OCD strain.

This is probably the most popular strain for insomnia. BK is a Indica strain that combines the relaxing effects of Afghani Afghani with the satisfying taste of Blackberry. It is best to use this strain at night, as it will leave you lethargic if it is used during the day.

An alternative to Blackberry Kush is another Indica strain called Purple Urkle. Users have found that it blasts away feelings of anxiety, as well as stress and helps you get a better night’s sleep as a result. Users have reported that when they took this strain for the first time, they got their first full night’s sleep in six months!

We recommend you check out the dispensaries near me tool on Cannabis.net to find your nearest dispensary, and they will be able to help you source the best strain for your needs.