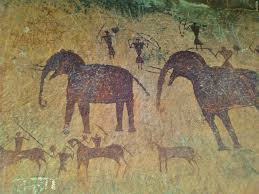 From the dawn of humans on earth we have sought to decorate. This is true from the early cave paintings that have been discovered in France and Spain and Malaysia. For the most part it seems that our prehistoric ancestors were very keen to record how they lived their lives almost as a way of trying to tell us future generations how they lived, which appears to be mainly hunting Mammoth’s. What was the first kind of paint they used to record this? 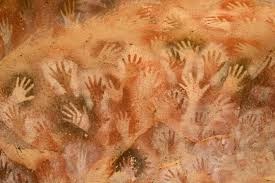 In modern times we’d look to get some Cheltenham Painters in, armed with an assortment of brushes to do the job but for ancient humans it was more of a hands on kind of affair. Hand stencils were very popular and on one site in Mexico there features a wall with nothing but left hands.. The ancients used a mixture of animal fats and iron oxides along with the colour ochre from pots to make a simple paint that lasts. Due to its nature this is why almost all of the paints are of red and brown in colour.

For the most part the scenes are of hunting and gathering and there are also lots of figures of young women. It’s thought that as the population was mostly young males at the time it’s no surprise the themes are quite macho. There is evidence that women drew some of the paintings as well.