This is a firm, family favourite, a series of four films entitled “Toy Story” 1,2,3 and 4, featuring a group of toys that unbeknownst to their owner “Andy” come to life when he is not around.  The main characters are a cowboy called “Sheriff Woody”, a spaceman called “Buzz Lightyear”, a young girl called “Jesse” and several other strange and motley friends, even a Mr and Mrs Potato head!  This weird and wonderful group embark on a range of daring adventures that change and challenge them as toys. At one point even getting thrown into large Storage Bins they stick together and learn to work as a team. 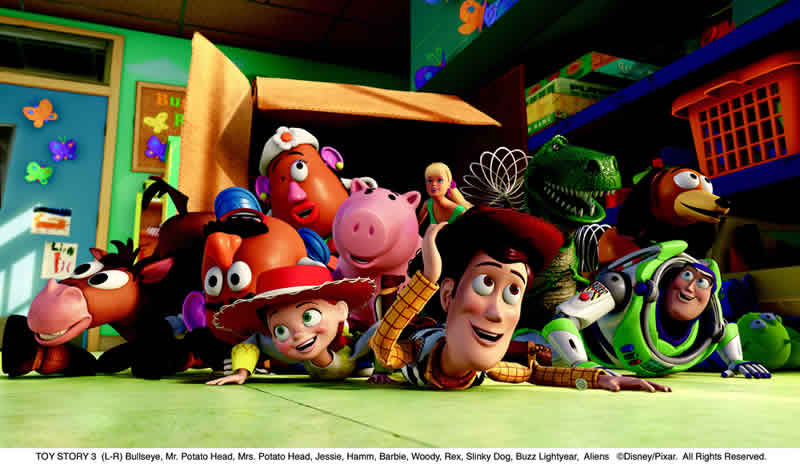 Toy Story, the first feature length film to use computer-generated imagery, became a household favourite with children and adults alike.  “Sheriff Woody” is the leader of the group of toys and their adventures begin when the friends fear that “Andy” whose birthday is the following week will receive new toys and no longer want them.  When Andy’s party is brought forward a week because the family are moving house the toys decide that they will spy on the new presents using baby monitors and report back. One of the presents turns out to be a “Buzz Lightyear” action figure who believes he is a real space ranger. “Sheriff Woody” does not like “Buzz” at first because he is jealous of his shiny, more advanced accessories but they soon become firm friends and their adventures together begin.