During the Victorian era, the way that we lived radically changed into the world we know today. The industrial revolution is one of the biggest events of this era and something that changed the world as we knew it for good.

Because of this, Victorian coins are a great thing to collect – they are a snapshot of this period of time which changed the way we all lived and worked. If you think you have any Victorian coins, speak to someone like coin valuers UK GM coins who will be able to tell you what they are worth. Here are some of the coins from that time that you might expect to see… 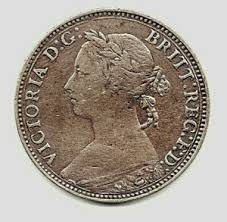 Farthings – These coins were in circulation since the reign of Charles I and finally taken out of UK use in 1960. During the Victorian era, of course they featured Queen Victoria on one side and were worth a quarter of a penny. On the other side is Britannia – complete with shield and trident, with the rose thistle and shamrock to represent the nations making up the country.

Halfpenny – Also known commonly as the ha’penny, this is similar to the farthing but larger. It features the Britannia logo on the opposite side to Queen Victoria, but it also states that it is a halfpenny. These were taken out of circulation in 1967.

Threepenny Bit – These coins feature the Queen on one side and in 1887 a special Jubilee bust of the Queen was minted. The other side shows a picture of the Crown and a large number three. In 1887, the crown on the reverse was changed to match the mourning crown that Queen Victoria wore after the death of her husband Albert.