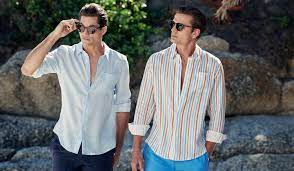 Calvin Klein is one of the most successful American designers of men’s clothing and is well-known for the cuts that he offers. However, he is not just a designer of clothes; he is also a brand with a reputation for being edgy and stylish. 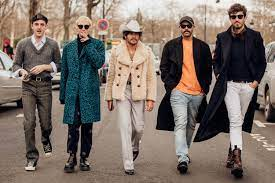 However Klien is but one of the designers who has tried to bring the world of menswear into the 21st Century. Being child of the late 1940’s he saw, as did others, the chance to bring menswear out of its drab and featureless suits and work denim into the colourful and more stylish present. The 1960’s and 70’s are the catalyst for this and we still see the effects today. Here the world of colour and even a degree of femininity and softening of hard image was applied to mens clothing. Not that this was universally accepted. It is only now that we are starting to see a blurring of the clothing for the sexes though this is still not something that many men, or women are happy about.