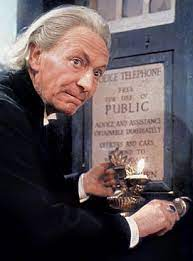 In the Autumn of 1962 a TV show began that was to have wide ranging effects on a huge portion of the public. It would scare, amuse, thrill and anger generations to come as the last one introduced their daughters and sons to the sci-fi behemoth that is Doctor Who.  Back then you’d have needed a decent TV aerial to pick up the black and white broadcast. The thing is, whilst the Doctor has changed, the need for a decent aerial still remains and it falls to  Steve Unett Aerials, a TV Aerial repair Gloucester based company to keep us connected. 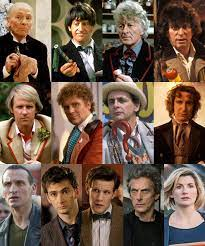 There have been 14 Doctors (if you include John Hurts, and I do). It all began with William Hartnell. He was an elerdery actor who made the role his own. A space Father Christmas was his basis for the character before begin replaced with the puckish Patrick Troughton. He brought a more playful and humour filled character that became the model rather than Hartnells patriarchal yet kindly time traveller. Troughtons approach can be summed up in one exchange that he has with the Doctor that replaced him, the debonair John Pertwee. With a beaming smile he says “Oh I see you’ve changed the Tardis,” this  immediately changes to scorn and he says “I don’t like it!” and then wanders off to play with the controls.

Tom Baker follows Pertwee and is seen as being the best but he also brings in the slightly poorer years. Lack of money and Star Wars had changed perceptions. Peter Davidson. Colin Baker and Sylvester MCoy all bring new things through the Eighties. The show came back with a big budget pilot and Paul McGann but it was not to be. It returned with Christpher Eccelstone, David Tennant and Matt Smith, Peter Capaldi and finally the latest Jodie Whittacker.