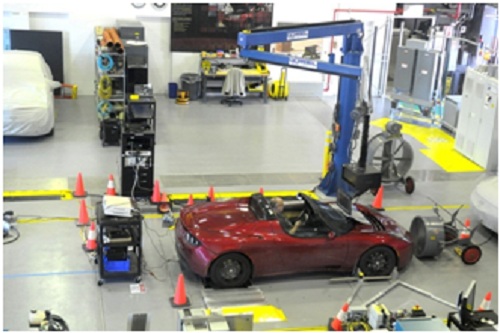 At a time when the impending referendum is causing great financial unease, it is good to know that there is one area within a household budget that is becoming less expensive. New research carried out by Sainsbury’s Bank has shown that motorists are enjoying a 22pc drop in car running costs this year, compared to 2013. In figures this equates to an average annual cost of £2,197, down from £2,835.

The main area that has become less expensive is fuel, which is currently 38pc cheaper than it was in 2013. Servicing is also becoming cheaper, dropping to £302 from £334 within the same period.

However, insurance costs – which represent the second biggest cost for road users – have increased by 5pc in the past three years, while road tax has gone up by 3pc. Consumers are being encouraged to shop around for their insurance in order to save money, particularly with the new insurance car tax premium hike in place and a second looming on the horizon later this year. This approach is best taken as part of a broader strategy for household budgeting and planning, minimising costs and unnecessary spend by comparing the market for the best deals rather than taking automatic renewals.

For those seeking to take control of escalating finances and looking for manageable ways to do so, the best place to start is by looking at options that include IVA or Individual Voluntary Arrangements. When a customer starts to look at an IVA from Carrington Dean they will find a managed programme that allows them to consolidate their debts, no longer deal with individual creditors, and instead commit to an affordable and manageable monthly payment, administered via their scheme administrator. The scheme is certainly an attractive alternative to the previous automatic route of bankruptcy, which can now be avoided by more consumers who are experiencing long-term, unmanageable debt.

The financial picture keeps changing for consumers, but there is always good news to be found and great deals for those who look around, budget and take advantage of the schemes available to help them manage debts. The message remains clear – good financial management reaps rewards.