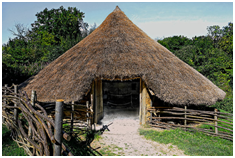 Everyday people across the country get up in the morning, go about their daily routine before heading off to their place of work. We have become so accustomed to being able to get up with access to nice warm running water, a good hearty breakfast and travel to work in relative ease. But how often do you think about how life would be different if we still lived in the same conditions as people did back in the Iron Age? With no running water, houses that you had to build yourself with no Roofers Gloucester company like http://hempstedroofing.com/gloucester-roofers/ to help you keep your house nice and dry and your days spent tending to the fields.

Iron Age life was not easy living and in actual fact Britain during this time was an incredibly violent place. Clans of people lived together and were led by tribal leaders or warrior kings. The clans would often fight amongst one another for control of the best locations or access to food. In order to protect themselves the clans would often live in hill forts to make an attack by a rival group much less likely to succeed. 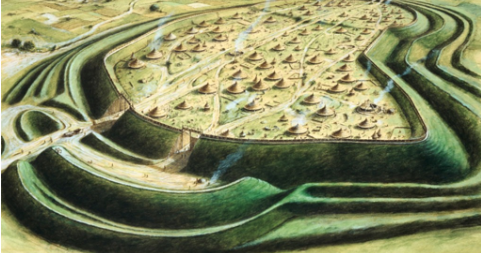 The Iron Age hill forts, like so many forts and castles throughout history were surrounded by ditches and high walls. The clan’s best warriors would defend from these areas. Everyday families would build their homes inside the safety if these defences. These would be very simple dwellings consisting if just one large room over which a pointed thatched roof would provide some shelter from the weather. The walls of these so named round houses were made from wattle and daub which was essentially a mud and twig mixture.

A small fire was lit in the centre of the room and was the dwellings main source of heat. Over this a cauldron type pot would sit and meals would be cooked here. Around the edges of the room would be piles of straw covered in animal skins which would act as beds for its inhabitants.

During the day men and women would work in a variety of roles, often along with their children, including growing vegetables and crops, tending to livestock like goats, pigs, cows and sheep and also working as carpenters, potters and even metalworkers.

Life may have been tough for the iron age inhabitants, but their sense of community saw them grow together in strength.