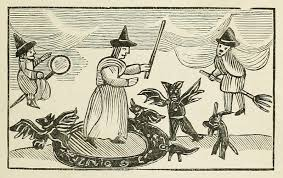 During the times of the Ancient Greeks the study of the human mind and condition was one of the paramount concerns of the learned academies that sprang up all over the country. We know of Aristotle and we know of Socraties. The other influential Greek was that of Hippocratis. He was the first to study the human body and what was the cause behind it going wrong. His work, lost for much of the early part of the AD or CE age, was rediscovered in the Renaissance and put into practice. Doctors started to appear and medical practices were established again at a rate not seen since Roman times. They only catered to the rich so what did the rest of do before the Doctors and Medical field became the accepted course of action if we feel unwell? 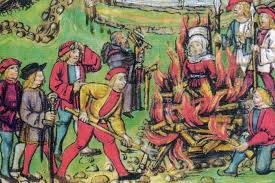 The simple answer is we went to Witches. Before you begin to think of some gnarled old women hunched over a bubbling cauldron and using an “eye of newt” or whatever you should be aware that you are getting something of a fake picture. The popular view of witches comes from Shakespeare’s Macbeth, itself a propaganda piece designed to ingratiate the playwright with James the first (of England). James hated Witches but not as much as the newly up and coming Apothecaries and Doctors did. Wise Women and healers that used herbs and tried and tested remedies, admittedly without Paid Clinical Trials, (along with a few duds and some blatant placebos) were cheaper or would trade cures for services.

The persecution of these women is legendary. All created to force them out of business and send people to the Apothecary.